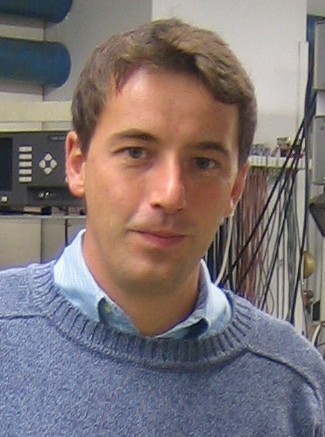 My other pages are here!

I am a research director (directeur de recherche) in the French CNRS (Institut de Physique, Section 05, condensed matter) and work in the CINaM institut, which is located on the Campus of Luminy in Marseille, in the south part of France. My work deals with the fundamental research of insulating ionic surfaces (oxide surfaces, bulk ionic crystal surfaces, thin insulating ionic films on metal surfaces) and of supported metal nanoparticles (NPs) and small functionalized molecules, which I characterzie by noncontact atomic force microscopy (nc-AFM) and Kelvin probe force microscopy (KPFM). Some of my results are summarized in a recent review (Advanced Materials 23 (2011) 477). The main keywords are:

- Adsorption and contamination of species at NPs (carbon)

Heterogeneous model catalysis. A large part of my research is located in heterogeneous model catalysis. In particular, I focus on the morphology, atomic structure, defects and charge state of oxide surfaces (MgO, Al2O3 and since recently also ceria). Furthermore, I characterize supported gold (AuNPs) and palladium nanoparticles (PdNPs), their morphology and structure but also charge related phenomena. Recently, I started to 'visualize' the reactivity of metal NPs by using the Kelvin microscope and monitoring work function changes at NPs. For instance, we could observe strong WF changes upon carbon contamination at PdNPs. Although alkali halides are not relevant in heterogeneous catalysis, they are nevertheless very interesting for me because they are somewhat similar to oxide surfaces. One advantage by using alkali halide surfaces is that they are accessible for high resoultion nc-AFM and KPFM imaging. Furthermore, because the type of surface defects can be narrowed down to only a few the identification of defects is relatively easy to accomplish. For instance, thanks to the Kelvin microscope I could directly evidence the Debye-Frankel layer and with it, I could identify cation vacancies at the steps. A real key advantage of alkal ihalides is that they can be doped with divalent metal impurities (Cd, Mg), which produces new phases in the crystals, like the Suzuki phase. Doping of alkali halides leads to nanostructured insulating surfaces, on which the growth of metal NPs can be confined inside specific surface regions at the nanometer scale. With this, metal NPs with a narrow size distribution are created, with interesting potential applications in heterogeneous model catalysis.

Nanosciences of thin molecular films. The second, smaller part of my research is located in the nanosciences of thin molecular films. On insulating alkali halide surfaces I'm interested in the detailed mechanisms of adsorption and desorption of functionalized molecules. Functionalization of molecules with polar substituents and the charge matching principle, i.e. the electrostatic interaction between polar functional groups of molecules and the ionic sublattices of the surface, are of key interest. Furthermore, phenomena of self-assembly and chirality within molecular films are part of my research. In recent years, I focused on pentahelicene molecules ([5]helicene), functionalized with one or two bromine or cyano substituents (MonoBromo, DiBromo, MonoCyano, DiCyano [5]helicene). The detailed adsorption and self-assembly mechanisms could be described in great detail on the Suzuki NaCl surface.

Atomic force microscopy. The local morphological, structural and electrostatic properties of surfaces are studied at the nanometer and atomic scale with help of local scanning probe techniques in ultra-high vacuum and mostly at room temperature. Because of the insulating character of the materials I use frequency modulated nc-AFM (dynamic SFM), which permits obtaining true atomic resolution imaging. Furthermore, the Kelvin microscope (KPFM) supports the characterization of surfaces and supported nano-objects by detecting the electrostatics of the surface, e.g. the surface work function (WF), and charge and polarization related phenomena. Apart from standard nc-AFM and KPFM, I also have a large interest in the manipulation of metal NPs, including lateral manipulation and charge injection experiments.

High-temperature oxidation and reduction of the inverse ceria/Cu(111) catalyst characterized by LEED, STM, nc-AFM and KPFM

Defect mediated manipulation of nanoclusters on an insulator

Two-Dimensional Nanostructured Growth of Nanoclusters and Molecules on Insulating Surfaces

Ultrathin magnesia films as support for molecules and metal clusters: Tuning reactivity by thickness and composition